The Berthouzoz Women in Research Event is an annual networking event organized by WiGRAPH for researchers, faculty, and students. Floraine Berthouzoz started this event as an informal gathering. After her passing in 2015, Floraine’s mentees and colleagues built upon her efforts to create an event that aims to broaden the network of women researchers and provide a friendly and personal environment where graduate students can interact with senior researchers. We will be hosting a panel of women in graphics who will share with us some of their research experiences. The event is open to all researchers, regardless of gender.

Event Date: Wednesday, August 11th, 8AM to 9AM Pacific Time

To participate, please register using our Google form. Due to SIGGRAPH's virtual form, participation in the 2021 Berthouzoz Women in Research Event will not require SIGGRAPH registration.

Update: It appears that our email containing the link did not reach many of our participants. Apologies for the confusion! We recently sent an another email from makatura[at]mit[dot]edu with the information. If you have not received the link (or have other questions), please email contact@wigraph.org. 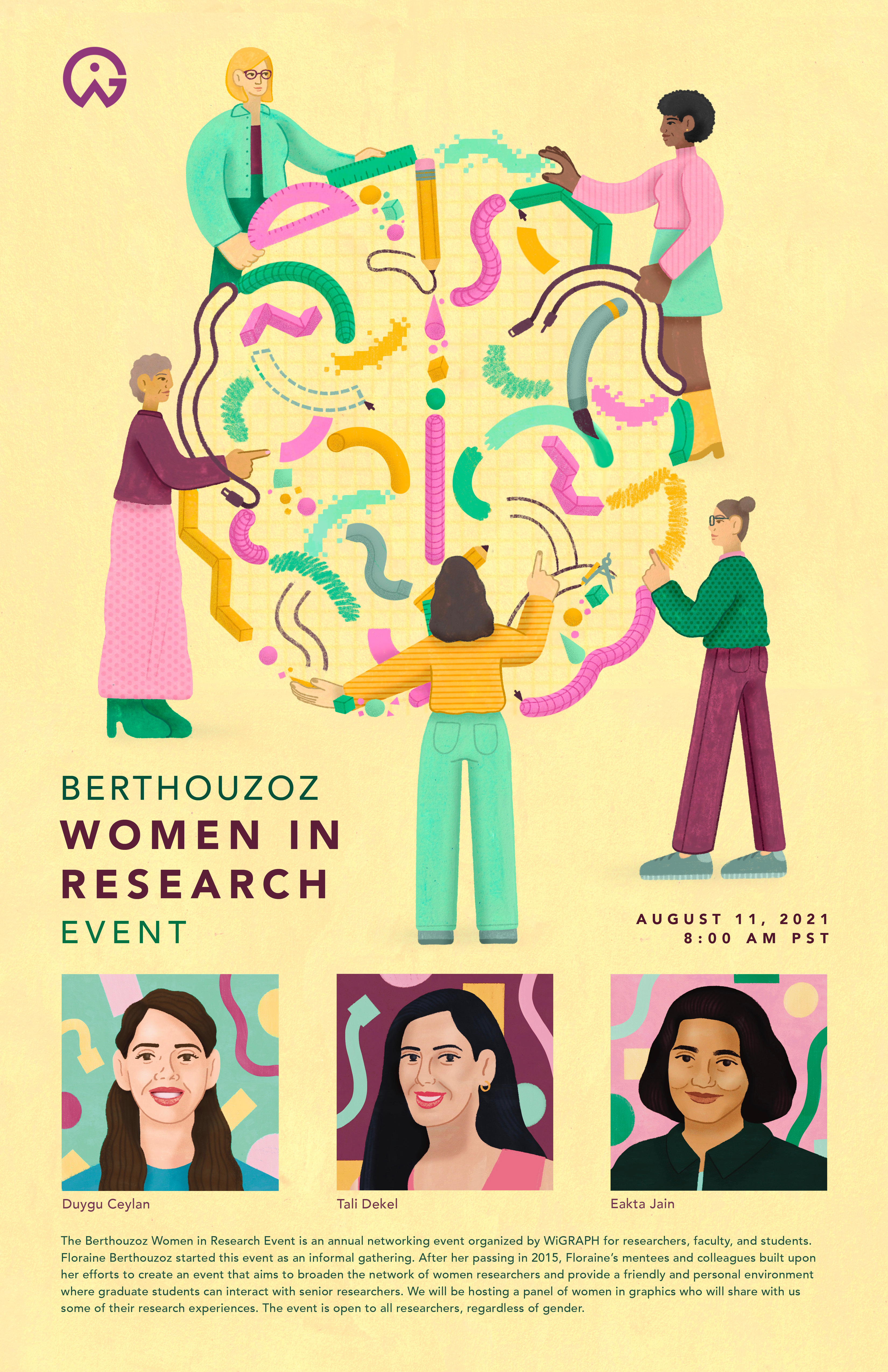