The SGP WiGRAPH event is a networking opportunity for researchers, faculty, and students, inspired by the success of the larger, annual WiGraph-organized Berthouzoz Women in Research Lunch that takes place during SIGGRAPH. We will be hosting a panel of women in graphics who will share with us some of their research experience. The event is open to all researchers, regardless of gender.

To participate, please register using our Google form. Please note that participation in the 2021 SGP WiGRAPH event also requires SGP registration, or an approved registration waiver (detailed in the form).

WiGRAPH would like to thank Prof. Justin Solomon and the MIT Geometric Data Processing Group for generously providing financial support for the SGP 2021 registration fee waivers. 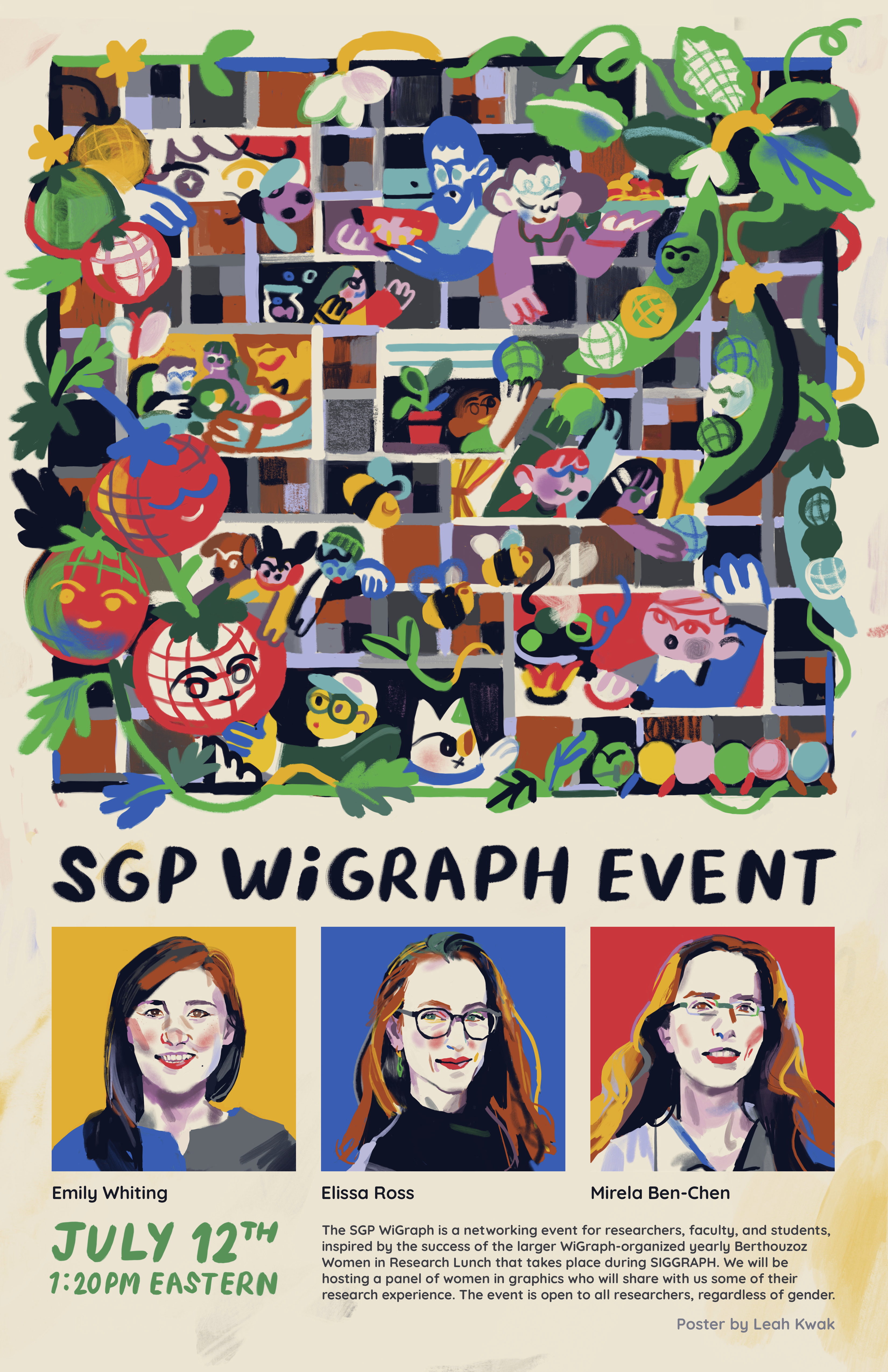 The members of WiGRAPH wish to acknowledge the land on which the University of Toronto, host of SGP 2021, operates. For thousands of years it has been the traditional land of the Huron-Wendat, the Seneca, and the Mississaugas of the Credit. Today, this meeting place is still the home to many Indigenous people from across Turtle Island and we are grateful to have the opportunity to work on this land.